We Have Separated And Have Reached An Agreement About Our Children And Property - Now What?

We Have Separated And Have Reached An Agreement About Our Children And Property - Now What? 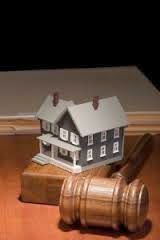 When a couple separates, complicated disagreements can arise about who should keep what property, or how much time children should spend with each parent. They may spend significant amounts trying to reach an agreement through the court system, reducing the overall property settlement which they might have received.
At Swan Family Lawyers, we believe that often the best family law agreements are those which two people come up with themselves. This can save significant expense, stress, and time.
However, even when two people are able to agree about these kinds of issues, there are steps which should be taken to ensure that there are no misunderstandings later on. This helps each person move forward with their life with the confidence.
Consent Orders
When an agreement has been reached, you are able to formalise this agreement through a ‘consent order’. A consent order is an agreement which has been formally drafted and is filed in court, and has the same legal force as any other order which is made by a court. Although a consent order is filed in court, it does not require you to attend any court hearings. A consent order can include both parenting and financial issues.
If you have undergone mediation with your former partner about your children’s care arrangements, you may have been able to come up with a ‘parenting plan’. Parenting plans are useful documents which set out who a child will live with, how much time they will spend with the other parent, and other important issues. However, parenting plans do not have legal force; this means that if one person does not follow the parenting plan, the other person cannot apply to the court to have it enforced. A lawyer is able to redraft your parenting plan as a consent order, which is then filed to make it legally binding.
If you have reached an agreement with your former partner about the division of your property, it is important to formally finalise your property settlement by way of a consent order. A married couple has one year from the date of their divorce to apply for a property settlement, and a de facto couple has two years from the date of separation to apply. By entering into a consent order, there is no uncertainty as to who is to receive what property, and both parties can be confident that the other will not bring a further property claim in the future.
Consent orders which deal with property must be ‘fair and equitable’. When filed in court, a Registrar will read through the consent order and satisfy him or herself that this is the case.
Financial Agreements
You are able to enter into a financial agreement before, during or after a marriage or de facto relationship. Financial agreements are often referred to as ‘pre-nups’. After a relationship, financial agreements can be used to finalise a property settlement. Unlike consent orders, financial agreements are not filed in court; however, they are a binding legal contract between two people. Generally, financial agreements are used when the parties want to provide for the payment of spousal maintenance, or attempt to ensure that one party will not try to claim spousal maintenance later.
Financial agreements are not required to be ‘fair and equitable’. However, prior to entering into a financial agreement, both parties must receive independent legal advice and each party’s lawyer must sign a certificate stating that this has occurred.
If I use a consent order or financial agreement, can my former partner bring a claim against me later?
It is always open to a party who is dissatisfied with a consent order or agreement to bring a claim in court.
If a consent order is dealing with children’s issues, this can only be looked at by a court if there has been a ‘significant change in circumstances’ since the consent order was made. It has been established in previous cases heard by the family law courts that it is not in the best interests of children to be the subjects of ongoing litigation. Therefore, a significant new issue or change in circumstances needs to have arisen for the court to justify re-opening a parenting case.
If a consent order is dealing with property, section 79A of the Family Law Act sets out the circumstances in which a consent order (or any property order) may be set aside:
Section 90K of the Family Law Act sets out the circumstances in which a financial agreement may be set aside:
Contact us today
8227 1970