When are Binding Financial Agreements Binding

When are Binding Financial Agreements Binding 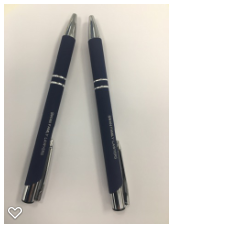 (a) the agreement is signed by all parties; and

(c) either before or after signing the agreement, each party was provided with a signed statement by the legal practitioner stating that the advice referred to in paragraph (b) was provided to that party (whether or not the statement is annexed to the agreement); and

(ca) a copy of the statement referred to in paragraph (c) that was provided to a party is given to the other party or to a legal practitioner for the other spouse party; and

One of the essential elements to making a financial agreement binding is the requirement that each party obtain independent legal advice. In Ruane v Bachmann-Ruane [2009] FamCA 1101 an English lawyer provided the certificate of advice to the husband. The lawyer was not qualified in Australian law and had no knowledge of Australian law. In Murphy v Murphy [2009] FMCAfam 270 the wife went to a lawyer in the Philippines. The lawyer was not entitled to practice anywhere in Australia. In both cases the court held that the agreement was not binding.

The requirement that legal advice must be independent is clear. These cases focus on the nature of legal advice that a party must receive in order to comply with the requirements of s 90G of the Family Law Act 1975 (Cth). Section 90G requires both parties to obtain independent legal advice about the advantages and disadvantages of entering into the agreement and the effect of entering into the agreement on the parties’ rights. It follows that this advice goes beyond simply explaining the meaning and effect of each of the clauses of the agreement.

In both of the above cases the court expressed the view that foreign lawyers would not be able to provide the type of advice required by the Family Law Act as to do so requires knowledge of the law of a jurisdiction and it was conceded neither lawyer practiced in any Australian jurisdiction (Ruane at [41] and Murphy at [27]). Cronin J stated that to find this level of advice satisfactory would defeat the purpose of the Family Law Act (Ruane at [41]). Section 90G requires both parties to receive advice from a “legal practitioner”. The term legal practitioner is not defined by the Family Law Act. Section 4 of the Act defines a lawyer to mean a person enrolled as a legal practitioner of a Federal Court or a Supreme Court of a State or Territory. Section 90G refers to parties obtaining legal advice. Parties do not have to accept that advice. Part of the advice goes to a party understanding that the agreement will oust the jurisdiction of the court to adjust the parties’ property interests. Cronin J expressed the view that this means that not only must the person who gives the advice have the relevant knowledge, they must also be accountable as an officer of the court (Ruane at [76]). Section 15AB of the Acts Interpretation Act 1901 (Cth) enables a court, when interpreting a provision, to have regard to explanatory memoranda. Cronin J went on to refer to the Explanatory Memorandum which stressed that parties must not just receive independent advice, but must also have advice so that they are aware of the implications of the agreement and do not unknowingly enter into an agreement which is not in their interests.

In Murphy v Murphy, Coates FM said legal advice is advice about the law of a particular jurisdiction. He concluded that this must mean that the legal practitioner is entitled to practice in the jurisdiction. This excludes academic lawyers and international lawyers (at [75]).

For the purpose of Pt VIIIA of the Family Law Act a legal practitioner must fit the description of a person in s 4 of the Family Law Act (Ruane at [82]). Presumably, if these lawyers were qualified to practice in Australia and held a current practicing certificate in an Australian State or Territory they would meet the requirements.